Partial State of Charge (PSOC) in Lead-acid batteries and sulphation

It is important for lead-acid batteries to be maintained fully charged. During discharge, small crystals of lead sulfate are created on the battery plates and are dissolved again during recharge. Leaving the battery uncharged, the crystals gradually re-crystalize to larger ones, difficult to dissolve, thus preventing the battery to recharge, practically reducing its capacitance. This phenomenon is called sulphation and is the major factor for early battery degradation.

Manufacturers usually state for lead-acid batteries, that after a discharge and prior to next use, a battery must first be fully recharged (notice that this may take up to 16 hours). Specifications for battery life and cycles assume that the above condition is met (although it is not stated clearly).

Sulphation is hardly reversible and only at its early stages. It requires special desulphation operations, not available by the standard industrial rectifiers that are used for battery charging too and should be performed manually.

Manufacturers state that after a few days in PSOC and while sulphation is still reversible, batteries must be given a special conditioning charging cycle, to fully remove sulphation residues.

Some newer lead-acid types (like NorthStar Blue Series, Enersys EON, Trojan SmartCarbon series etc.) are more tolerant to PSOC, in that they allow longer intervals between the conditioning full charging.

All our Active Battery Management Systems maintain by default the batteries fully charged and protect the cells individually from accidental PSOC, by careful equalization.

The electronic devices are equipped with dedicated special desulphation circuits that may remove sulphation gently, with no sacrifice of active battery plate material.

In cases where cells must intensively operate in PSOC, our Dynamic Battery Management Concept is applied to protect them against permanent sulphation.

Tell us your battery problems

Our A-BMS team is here to help you!
Ask for help 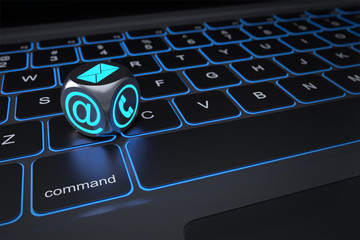